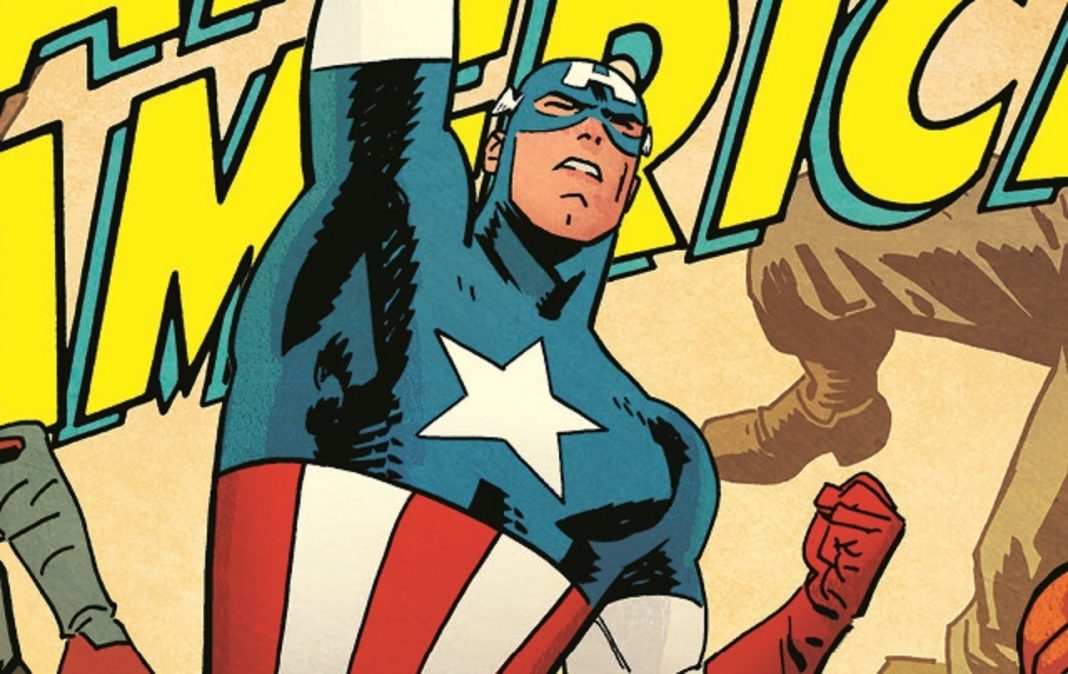 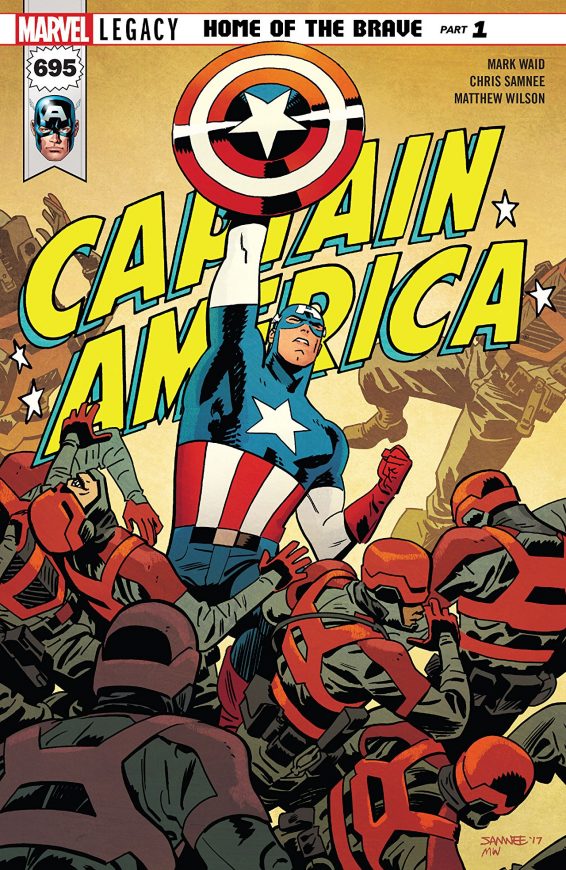 “HOME OF THE BRAVE begins – and Steve Rogers is back in action in the red-white-and-blue! Steve begins a journey across America to restore his tarnished reputation – and the dangers he encounters along the way are unlike any he’s faced before!”

In the recent Secret Empire event that saw Good Cap fight Bad Cap (spoilers), Captain America was in a bad place and decided to go back to his wholesome roots and figure things out.  For all intents and purposes this makes the book feel like a restart of Cap’s story.  The first few pages are a re-telling of his origin story, then it goes back in time to an event in the heart of America that resulted in a whole town putting Cap on a pedestal.  In the truest sense of the word, this book is a restart for Captain America.

What is odd about this book are the final 3 pages that are another re-telling of his origin story with a different writer and artist than the rest of the book. It feels shoehorned in and out of place.  However, this is a “Part 1” so maybe it has a connection to the next book.  But it feels weird nonetheless.

Fans of Captain America or All New Guardians of the Galaxy will be familiar with Chris Samnees’ style.  That “Fat marker” style where the outlines of everything is over defined and clear as day.  There’s no imagination required for figure out his work.  In addition, Mark Waid is helming the writing duties and it shows.  Mark has been doing a ton of books over the years including a much beloved run of The Flash and the graphic novel Kingdom Come.  So there’s no lack of pedigree in this book.

If you’ve been waiting for a jumping in point for Cap, this is it.  With the restart of the story and the legacy numbering, you can do no wrong with this book.