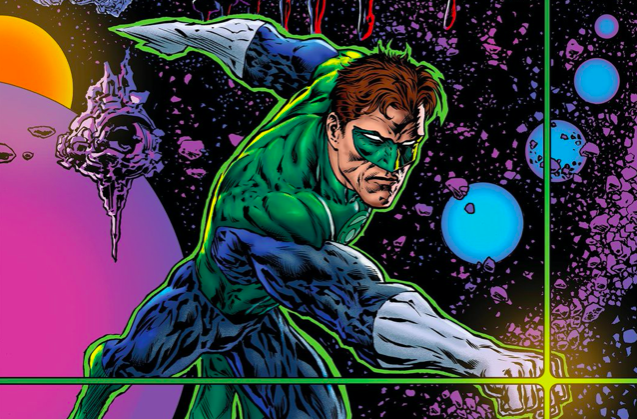 OK – everyone is still payin’ off the credit cards from Christmas, but they’re in love! So sweet. February: month of the made-up holidays and the stolen days! On the brighter side, here are the new books starting that that month that you should add to your pull list now!

Side note – Alpha now has a feature on the pull lists that we can add an “umbrella” term to your pull list. So if you like all “STAR WARS” books, it automagically tells us with each month what new books should be on your pull list. Never miss a book again! And if you decide you don’t want to collect that book, just reply to the handy dandy notification email.

ANT-MAN (Marvel – 5 Book Mini-Series)
Scott Lang is back and doing better than ever! Er, at least according to him, but his daughter, Stinger, and the anthill he’s living in say otherwise. Desperate to raise his daughter’s opinion of him, Scott takes a job from local beekeepers only to uncover a global conspiracy that could topple the world order!

DC CRIMES OF PASSION (DC)
Passion. Betrayal. Murder. When you’re a private investigator, these are things you experience daily. But when you add capes to the mix-like Batman, Catwoman, and Harley Quinn? Things get even messier. The name’s Slam Bradley, and I’m telling you that this year’s Valentine’s Day special has more intrigue than you can shake a stick at. Ten tales of love-the kind of love that can push people over the edge.

STAR WARS DARTH VADER (Marvel)
In the shattering climax of The Empire Strikes Back, Darth Vader infamously reveals his true relationship to Luke Skywalker and invites his son to rule the galaxy at his side. But Luke refuses — plunging into the abyss beneath Cloud City rather than turn to the Dark Side. We all remember Luke’s utter horror in this life-altering moment. But what about Vader? In this new epic chapter in the Darth Vader saga, the dark lord grapples with Luke’s unthinkable refusal and embarks on a bloody mission of rage-filled revenge against everything and everyone who had a hand in hiding and corrupting his only son. But even as he uncovers the secrets of Luke’s origins, Vader must face shocking new challenges from his own dark past.

X-MEN FANTASTIC FOUR (Marvel 4 Book Mini-Series)
KRAKOA. Every mutant on Earth lives there … except for one. But now it’s time for FRANKLIN RICHARDS to come home.

BATMAN PENNYWORTH RIP (DC)
Alfred Pennyworth served the Wayne family for decades-even through the tragic loss of Bruce Wayne’s parents. His death at the hands of Bane is the only event that could possibly compare to that fateful night in Crime Alley, and it leaves Bruce at a similar crossroads. If Alfred was the glue that held the Bat-Family together, how will Batman deal with that all falling apart?

GREEN LANTERN SEASON 2 (DC)
In the wake of the Blackstar incursion, Hal Jordan and his fellow Lanterns must pick up the pieces from that cataclysmic conclusion. Among them is Jordan’s next critical mission: search for the next generation of cosmic immortals. Note: Everyone with Green Lantern on their pull list will automatically be switched over to this book.

GWEN STACY (Marvel 4 Book Mini-Series)
Gwen and Peter may not have met until AMAZING SPIDER-MAN #31, but that doesn’t mean Gwen’s life began on that page. Learn the never-before-told origin of Gwen Stacy, top of her class, daughter of the Police Captain and, as her friend Harry Osborn calls her, “The Beauty Queen of Standard High.”  But she’s way more than you even know!

NEBULA (Marvel 5 Book Mini-Series)
Nebula has grown under the shadows of Thanos and Gamora, but no longer! With her eyes set on a top-secret device, Nebula has big plans for her future and she’s not about to let anyone get in her way! But her goal may end up costing her more than she’s willing to pay after a showdown with one of the cosmos most feared bounty hunters.

DCEASED UNKILLABLES (DC 3 Book Mini-Series)
The blockbuster DC series returns to answer this question: What did the villains do when the heroes failed and the world ended?

PLUNGE (DC Black Label 6 Book Mini-Series)
In the aftermath of a devastating tsunami, an exploration vessel known as the Derleth begins sending an automated distress signal from a remote atoll in the Bering Strait. The only problem is that the Derleth has been missing for 40 years. Marine biologist Moriah Lamb joins the Carpenter Salvage team to recover the Derleth’s dead…only to find that in this remote part of the Arctic Circle the dead have plenty to say to the living…

FALCON AND WINTER SOLDIER (Marvel 5 Book Mini-Series)
When a dramatic attempt on the life of Bucky Barnes reunites him with Sam Wilson, the two old friends are plunged headlong into a race to uncover the new leader of Hydra before a mass casualty event announces the terror group’s resurgence to the world.

LEVIATHAN DAWN (DC)
Exploding out of the pages of the Event Leviathan miniseries, this all-new special blasts the DC Universe into a dangerous and brave new future! With Leviathan arrived, its leader’s identity revealed, and its plans known, what happens next?

TOMORROW (Dark Horse)
In this shocking new sci-fi horror series, a Russian computer virus has jumped the species barrier and wiped out most of the adult population, leaving the world precariously in the hands of the next generation.