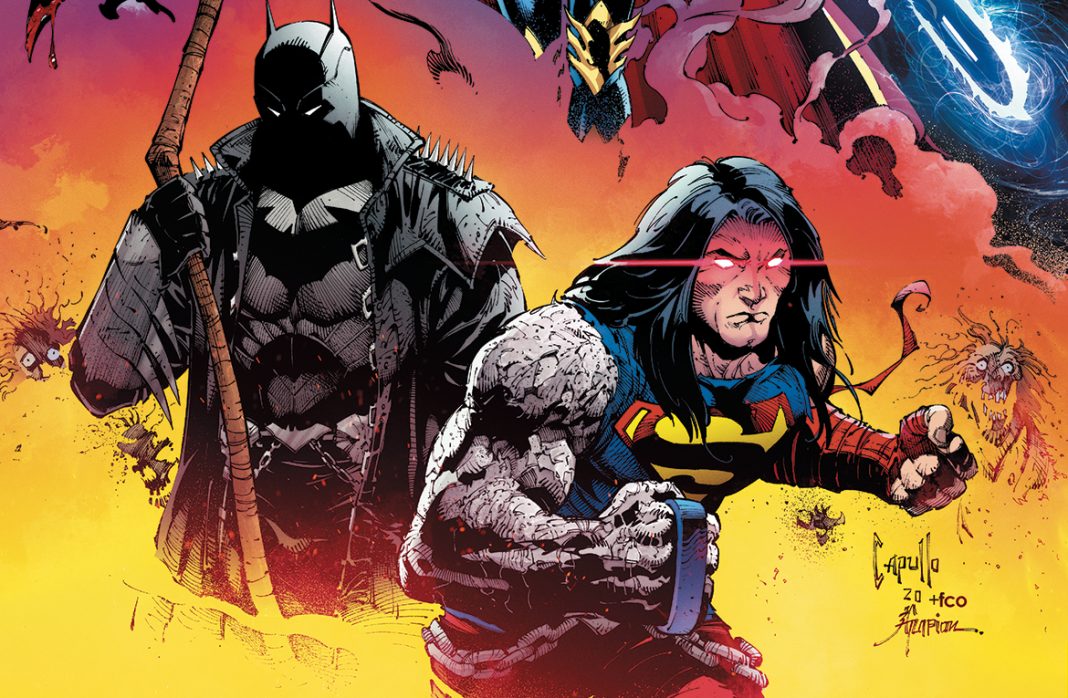 Free Comic Book Day! Saturday, May 2nd, 2020 is the day. So run down to AlphaComics that morning and check out our bevy of free comics, special sales as well as other surprises. In the meantime, here’s the newest books coming in May.

BATMAN THE ADVENTURES CONTINUE #1 (DC – 6 Book Run) – May 6
From the visionary producers of Batman: The Animated Series come all-new stories in this seminal animated world. In this opening chapter, Wayne Enterprises in Gotham City is attacked by a giant robot that steals an entire room from the laboratory. Who’s controlling the robot?
(W) Paul Dini, Alan Burnett (A) Ty Templeton (CA) Dave Johnson

BATMAN THE SMILE KILLER #1 (DC – Prestige/Large Format) – May 13
It wouldn’t be a Joker story without a surprise…and right on cue, here’s an unexpected one-shot epilogue to Joker: Killer Smile! Young Bruce Wayne grew up watching The Mr. Smiles Show – and the show might have been watching him back! And not only was young Bruce watching, he was listening… listening as Mr. Smiles spoke across the airwaves only to him…
(W) Jeff Lemire (A/CA) Andrea Sorrentino

DARK NIGHTS DEATH METAL #1 (DC – 6 Book Run) – May 13
The legendary team behind Dark Nights: Metal and Batman: Last Knight on Earth take center stage and reunite for one last tour. When the Earth is enveloped by the Dark Multiverse, the Justice League is at the mercy of the Batman Who Laughs. Humanity struggles to survive in a hellish landscape twisted beyond recognition, while Batman, Wonder Woman, and Superman have all been separated and fight to survive.
(W) Scott Snyder (A) Jonathan Glapion (A/CA) Greg Capullo

STAR WARS ADVENTURES (2020) #1 (IDW – Ongoing) – May 20
An exciting new era begins! Each issue in this monthly series will feature two stories starring all your favorite Star Wars characters! Between the events of The Last Jedi and The Rise of Skywalker, Poe and Finn have taken Rey to a remote planet to continue her Jedi training. But they’re surprised to find that the First Order’s reach extends far and wide. Plus, an all-new tale of the Dark Lord of the Sith himself, Darth Vader!
(W) Michael Moreci, Nick Brokenshire (A) Nick Brokenshire, Ilias Kyriazis (CA) Francesco Francavilla

JUGGERNAUT #1 (Marvel – 5 Book Series) – May 6
A mystic gem. A force of overwhelming power. Nothing can stop the Juggernaut. Except himself. Another building falls. Cain Marko is done letting others pick up the pieces of the things he’s destroyed.
(W) Fabian Nicieza (A) Ron Garney (CA) Geoff Shaw

THE MARVELS #1 (Marvel – Ongoing) – May 27
Kurt Busiek (MARVELS, Astro City) is back, with the biggest, wildest, most sprawling series ever to hit the Marvel Universe, telling stories that span the decades and range from cosmic adventure to intense human drama, from the street-level to the cosmic, starring literally anyone from Marvel’s very first heroes to the superstars of tomorrow. This first issue includes an invasion from orbit, a picnic in Prospect Park, super hero sightseeing in Manhattan, the All-Winners Squad in 1947, Reed Richards during his time in military intelligence, cosmic beings beyond space and time- and that’s only for starters.
(W) Kurt Busiek (A) Yildiray Cinar (CA) Alex Ross

CHAINED TO THE GRAVE #1 (IDW – 5 Book Series) – May 13
Outlaw Roy Mason has come back from the dead, chained to the headstone that marked his grave. It’s a lawless time, a magical time, and the undead Roy soon finds himself caught between a rock and a hard place as he sets out in search of treasure. But Roy, trying to do right by the wife and children he left behind, soon finds out that everything is not always as it seems…
(W) Brian Level, Andrew Eschenbach (A/CA) Kate Sherron