Home Reviews Reviews by the 80's kid Crosswind #1 is without doubt an expertly crafted comic that shines on...
Facebook
Twitter 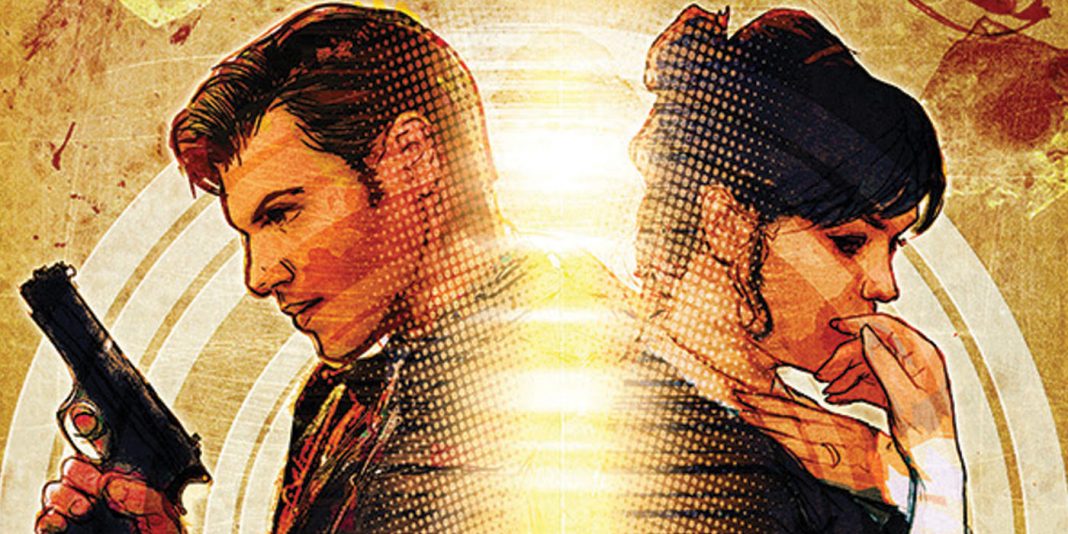 Crosswind #1- Written by Gail Simone and drawn by Cat Staggs

In Crosswind #1 we are introduced to two characters living very different yet equally unsettling lives. One—a mob hitman—is on the tail end of what seems to be pretty bad day, in so much as having to whack a friend and then clean up after the boss’s psychotic grandson goes. The other—a suburban housewife—isn’t fairing much better, taking an inexplicable amount of abuse from her family and some sexually aggressive neighborhood hoods. As for whose day is worse, it’s all relative until the two spontaneously swap bodies. How these troubled personalities will cope in their new found forms will no doubt make for an interesting study, thanks in no small part to the talent of writer Gail Simone, whose prose is particularly on point throughout. Simone’s story treads lightly, moving posthaste to set up the premise, while divvying out only what information is necessary to establish the immediate circumstances of her characters before the swap occurs. Cat Staggs’ photo-realistic style fits the mostly grounded feel of the story perfectly. Her heavily photo referenced art often takes you down the uncanny valley, which I found distracting, but technically and ascetically it all comes together to astoundingly positive effect. 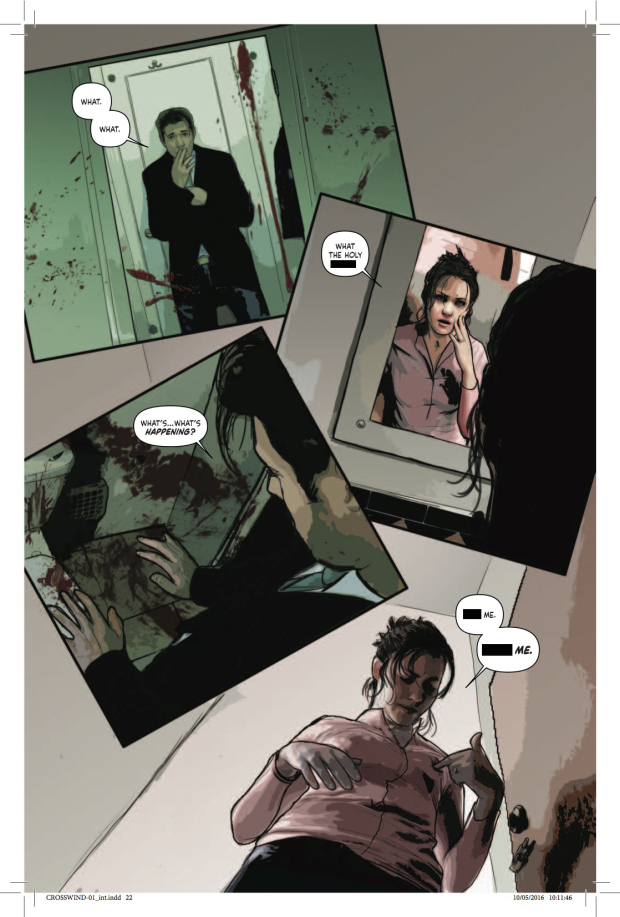 Crosswind #1 is without doubt an expertly crafted comic that shines on all levels. That alone may justify picking this issue up; however, the real reason lays in its potential to expand on what has been established here. I think with the talent backing this series that delivery is in the mail. -Keli